Since 1993, advanced photojournalism students in Professor Robert Heller from The University of Tennessee, Knoxville’s School of Journalism and Electronic Media have traveled the interstate north from Knoxville about an hour to spend a day and a half documenting life in the small town of LaFollette. The local weekly newspaper generously offers up room to publish a special edition of these photographs entitled “Eyes on LaFollette.” Edited down from tens of thousands of photos, both film and digital, “Eyes” has served as a visual history of this community’s life. There are no big stories, no important events–just life as it is lived every day.

Preparation for this project begins in early spring, as the students take a brief “research” trip to LaFollette to speak with staff members of the LaFollette Press. That discussion leads to story ideas, people to contact and a quick drive around town before returning home. Several weeks later students meet at the photo lab on a Friday morning at 7:30 a.m. After some instructions, they head out and get started. The students gather at the LaFollette Press newspaper office for a group photo, look over that week’s edition of the LaFollette Press and then begin a long day of searching for great photos. By dinner time, the students are exhausted and filled with stories of their encounters with townspeople. Over a pizza dinner, they talk about the photos they made and the day ahead. Accommodations are provided for and an early bedtime allows the students to start again on Saturday morning.

On Sunday the students are back in the photo lab to whittle down several thousand photos into a manageable amount. By the end of the day, themes become apparent and pages begin to emerge. During the next few days, the students spend as much spare time as possible working on editing, layout, design and writing captions and short stories. Thursday morning, one last look satisfies us, pages are finalized and e-mailed to the newspaper, and we await the printed special sections to appear in class the next week.

Over three decades, more than 300 students and tens of thousands of photographs add up to quite an achievement. Heller says “We’ll keep doing it as long as the people of LaFollette will have us.” 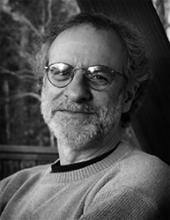 Robert Heller, professor in the School of Journalism and Electronic Media at the University of Tennessee since 1986, received his B.S. and M.A. degrees in photojournalism from Syracuse University. He taught photography and graphics for five years at the University of Miami, and was publications designer and photographer at the State University of New York College at New Paltz, and Elmira College in New York. Heller also taught photography at The Center for Photography at Woodstock, New York. His photographs have been selected for numerous juried exhibitions and he continues to do freelance work in both graphic design and photography. Heller served as Photo Manager for the Ocoee Kayak and Canoe Olympic venue at the 1996 Atlanta Olympics. A book of his photographs, “More Than the Game: The Tennessee Football Experience” has been published by Sports Publishing Inc., Champaign, Illinois. “Living On,” an exhibit of his portraits of Holocaust survivors and liberators from Tennessee has been in museums around the state of Tennessee and at major cities in Poland. The book was published by the University of Tennessee Press in spring, 2008. Heller is a member of the National Press Photographers Association, the Society for News Design and the Association for Education in Journalism and Mass Communication, where he has served as head of the Visual Communication Division.