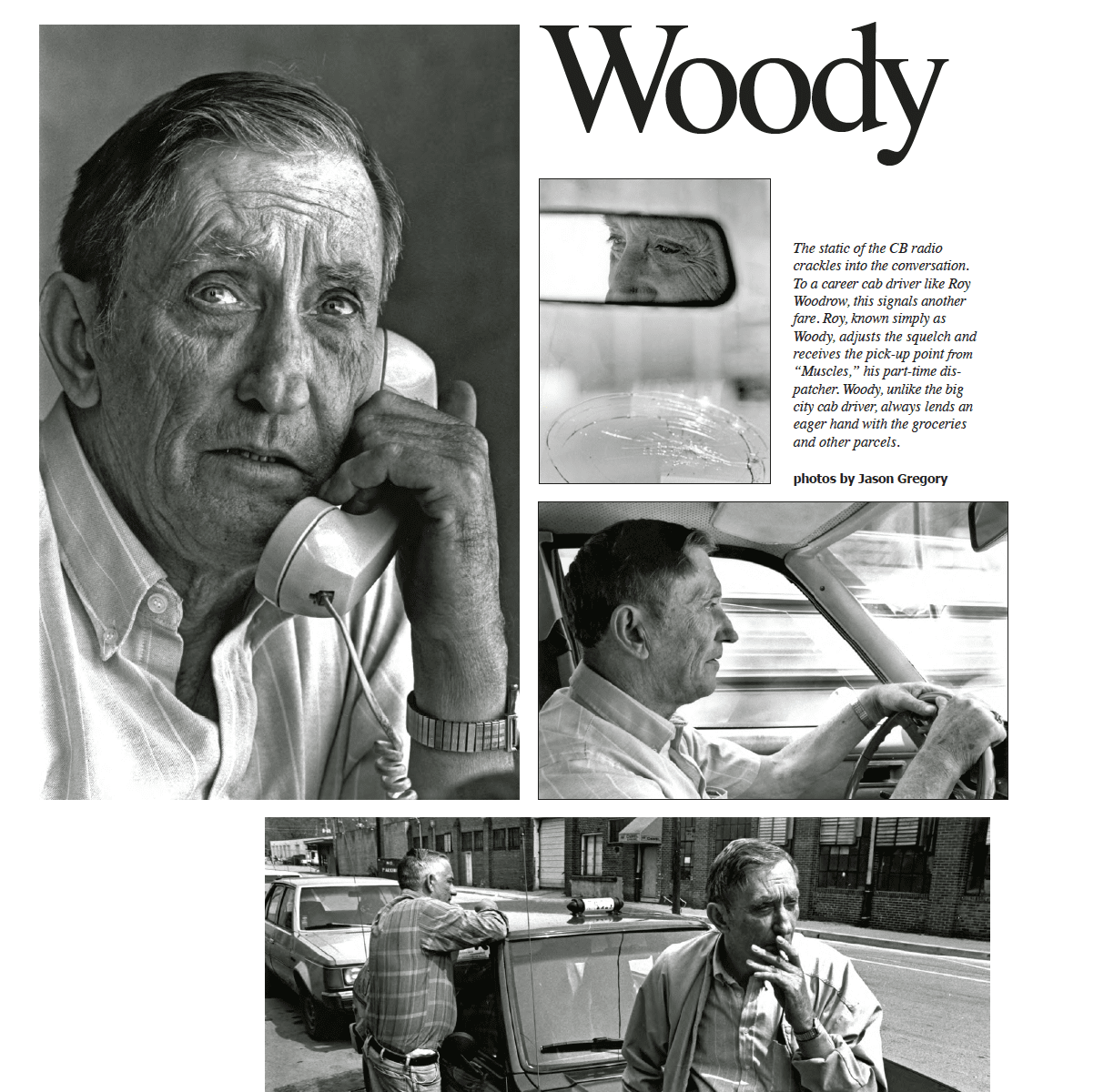 How does a town as small as LaFollette support a cab driver?  In 1993 student photographer, Jason Gregory, had the opportunity to ride along with Roy “Woody” Woodrow and to learn more about his role in the rural town.  His face remains a favorite from the first edition (1993) of the Eyes on LaFollette and the special edition of the LaFollette Press.

The static of the CB radio crackles into the conversation. To a career cab driver like Roy Woodrow, this signals another fare. Roy, known simply as Woody, adjusts the squelch and receives the pick-up point from “Muscles,” his part-time dispatcher. Woody, unlike the big city cab driver, always lends an eager hand with the groceries and other parcels.